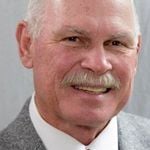 A little about me

Born in Washington, D.C., Gene attended Lynchburg College, where he earned both an undergraduate and Masters degree. After a brief stint flying in the Navy, he returned to Lynchburg and spent thirty-one years teaching secondary science and coaching, before retiring and beginning his second career as a REALTOR®. Licensed since 1997, Gene advanced his professionalism by enrolling in the Graduate REALTOR® Institute of Virginia; earning his GRI designation in the spring of 2004. Gene is a member of the Lynchburg Association of Realtors; the National Association of Realtors; and, has annually served on such LAR committee’s as the Multiple Listing Service, Programs Committee, and Grievance Committee. He is currently serving on the Professional Standards Committee. MY SERVICE AREAS Lynchburg and the surrounding counties