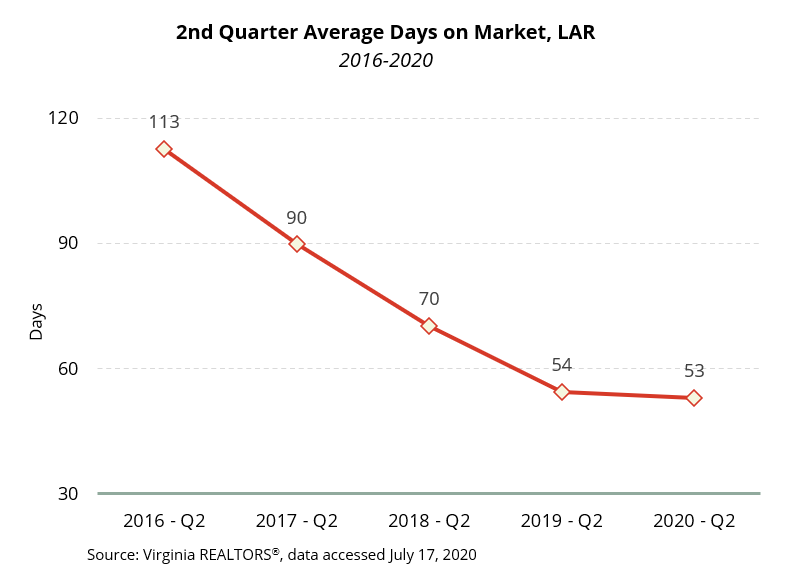 Homes continue to sell faster in many of the local markets in the Lynchburg Association of REALTORS® footprint, a reflection of the low supply of active listings available to buyers in the market. The overall second quarter average days on the market for the association’s region was 53 days, which is one day faster than this time last year. At the state level, homes sold in 40 days, on average, during the second quarter, which is three days faster than one year ago. Here’s the breakdown for our area: