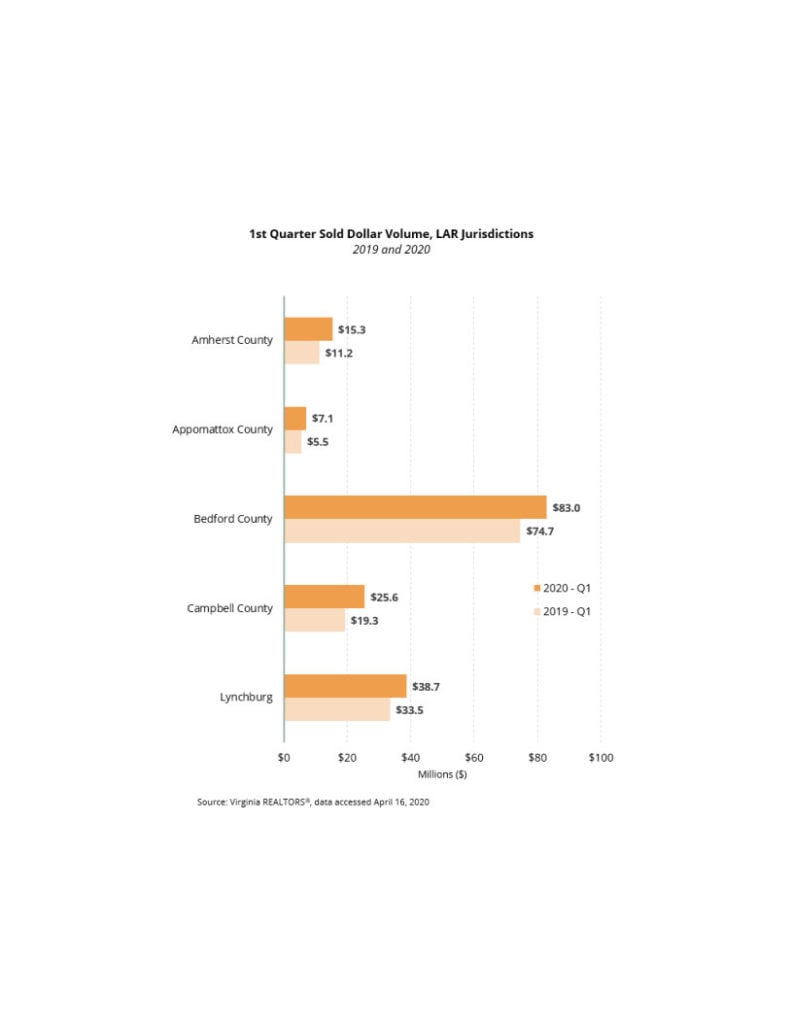 The surge in sales transactions and rising home prices this quarter led to a large increase in total sold dollar volume in the Lynchburg Association of Realtors housing market. There was about $170 million in sold volume across the association’s footprint in the first quarter, an 18% jump from last year, which is a gain of nearly $26 million in volume. This represents the largest volume gain for the region in three years.

The sold volume now has increased for 16 consecutive quarters in the area housing market compared to the prior year- evidence of strong market growth. The association’s first quarter sold volume is nearly $69 million higher than it was in the first quarter four years prior.

Days on the market: Homes are selling faster, on average, in the Lynchburg Association of Realtors housing market, a trend that has been consistent for several years and is being driven by the shrinking inventory of active listings and strong buyer demand in the market.

At 61 days, the average days on the market in the first quarter is about three weeks faster than one year ago (23 days faster). At the state level, homes sold in 49 days, on average, during the first quarter, which is 11 days faster than one year ago. Information provided by the Virginia REALTORS Chief Economist Lisa Sturtevant Phd, and Karen Hall, Immediate Past President of the Lynchburg Association of REALTORS.