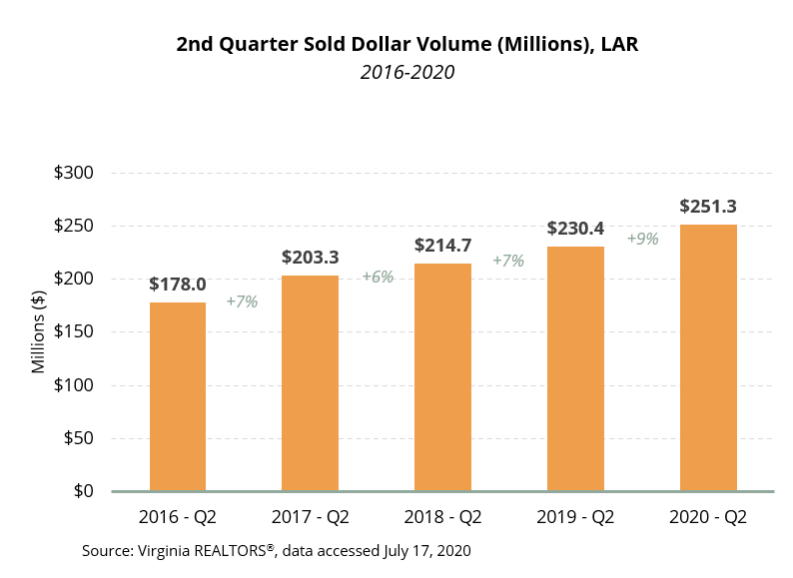 The rise in home prices and increased sales activity around the region led to a solid gain in the total sold dollar volume in the Lynchburg Association of Realtors market this quarter. There was about $251.3 million of sold volume throughout the association’s footprint in the second quarter, which is 9% higher than last year for a gain of about $20.9 million. The sold dollar volume in the region has been expanding for four years as sales and prices continue to grow in most local markets.