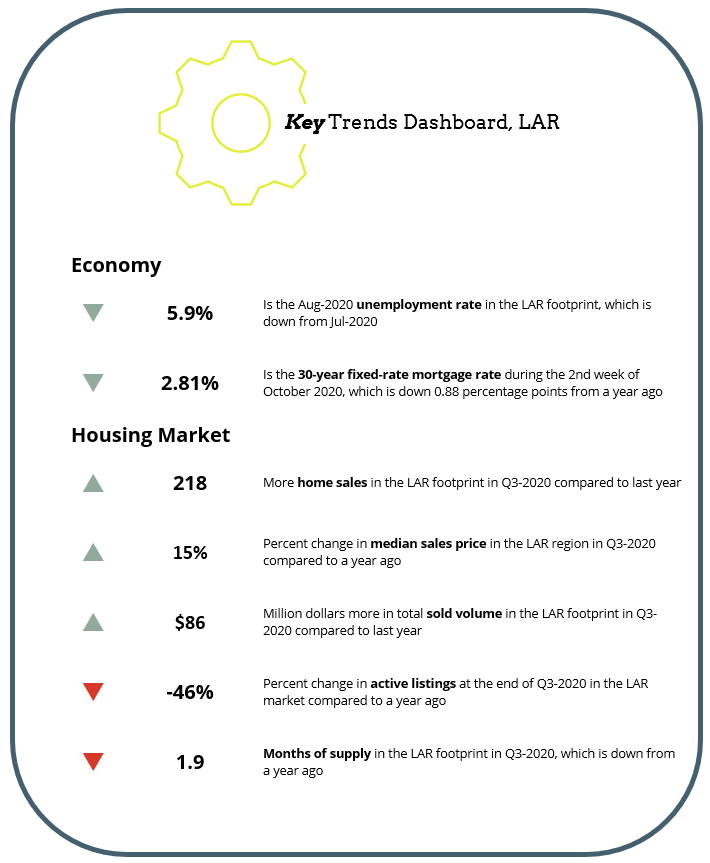 The national economy improved in the third quarter of 2020, though there are some signs of uncertainty in the recovery. The U.S. economy gained jobs for five consecutive months and the national unemployment rate fell to 7.9% in September.

Economic conditions in Virginia are somewhat better than they are nationally. The commonwealth added jobs consistently for four consecutive months, with 68,000 jobs gained in August. Even with these gains, there still are about 212,000 fewer jobs in Virginia this year compared to one year ago. Full recovery of the jobs lost this spring still is a long way off.

During the third quarter, historically low mortgage rates have continued to spur refinance and purchase activity and sustain confidence in the for-sale housing market. The average 30-year fixed-rate mortgage has been below 3% throughout August and September. The pace of mortgage applications slowed slightly at the end of the summer, likely due to lack of inventory.